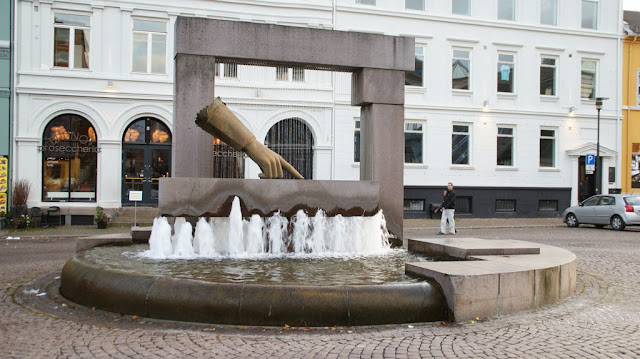 'To get a big hand' nghĩa là được hoan nghênh nồng nhiệt (be given an enthusiastic round of applause).

Ví dụ
Women and children fleeing domestic violence and abuse will get a big hand up Friday, November 28, as local celebrities and community members gather for a fundraising gala (bữa tiệc gây quỹ) in support of Chimo Community Services.

The first ten minutes saw Arsenal dominating the proceedings in search of an equalizer (bàn gỡ hòa) and they nearly had it in the 55th minute. Sánchez got on the end of a low cross, but Forster managed to get a big hand on his shot from inside the box. That proved to be a valuable save (pha cứu thua quý giá) as Southampton went on the other end and doubled their lead (nhân đôi cách biệt).

Society heroes get a big hand: OXFORD has honoured the volunteers that help hold the city’s communities together. Nine stalwarts – from dog-walkers to cafe owners – were given certificates of honour at a civic ceremony this week. They were all nominated by members of the public and Oxford City Council decided the winners.

* This place is know as Kvadraturen, which is the area between Akershus fortress and Grensen, Jernbanetorget and Egertorget. Named after King Christian IV's city from the Renaissance. Only a few buildings from the 17th and 18th century can still be seen. The area is today known as Kvadraturen ("the quadrature") because of the rectangular street pattern of Christian IV's renaissance town.

In Kvadraturen you find the square Christiania torv, which is known for the fountain shaped like a hand pointing to the ground. This is where the Danish-Norwegian king Christian IV decided to rebuild the city after the big fire in 1624. He pointed to this spot and said: "The new town will lie here!"
Tags: phrase