"On the wrong side of the bed" nghĩa là gì? 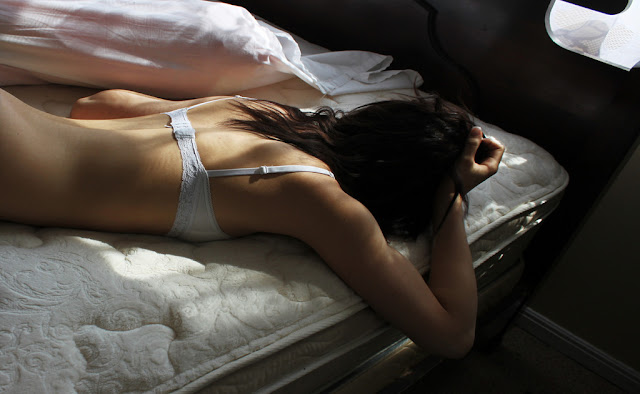 Getting up or waking up 'on the wrong side of the bed' = dậy bên trái giường -> nghĩa là dậy mà cảm thấy mệt mỏi, chán chường (a common saying that simply means you start the day feeling tired, unhappy, uncomfortable, or grumpy).

Ví dụ
It looked like Kourtney Kardashian woke up on the wrong side of the bed in a new teaser (vấn đề hóc búa, vấn đề khó giải quyết) for Keeping Up With The Kardashians out on Tuesday.

On this lunchtime, I have some unfortunate news, the tired tradition of ‘getting up on the wrong side of the bed’ is a legitimate (xác thực, chính thống, có lý) psychological (tâm lý) thingo (biệt ngữ). According to a new study, those who wake up believing that today will screw (lừa đảo, lường gạt; làm tình, giao cấu) them will invariably be screwed by today.

Waking up on the wrong side of the bed is more than just an idiom. If sleep studies are to be considered, the shut-eye position and the side you choose to sleep on impacts (tác động tới) the quality of sleep (chất lượng giấc ngủ) and its subsequent (đến sau, xảy ra sau) benefits (lợi ích). Whether you pass out curled up (co tròn, thu mình) or straight on your back (nằm ngửa) can determine if you wake up feeling recharged (thư giãn/phục hồi sức khỏe) or drained out (tiêu hao, kiệt quệ).

He did, to everyone’s shock, wake up on the wrong side of the bed one morning in 1996 when he lost the Wimbledon quarter-final to the eventual champion, Richard Krajicek, who at the time boasted of one of the fastest serves in the game. Sampras recalled later in his book that it was also Krajicek’s backhand-return off his own serve that caught him off guard, and after three hard-fought sets played over two days, the defending champion made an exit.

Bài trước: "On the wrong side of the door" nghĩa là gì?
Tags: phrase