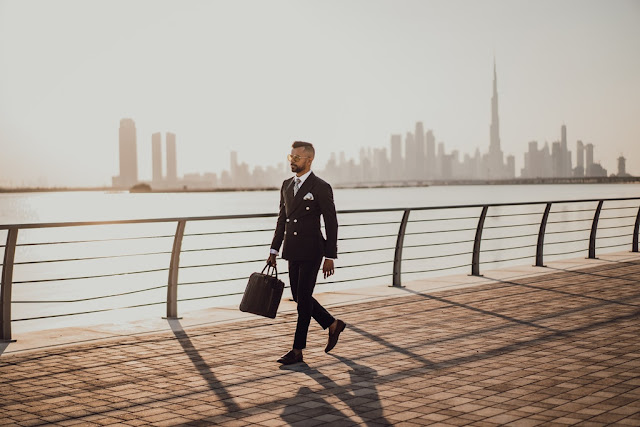 Photo by The Lazy Artist Gallery from Pexels

Ví dụ
"I have a dream, but I can't breathe," Hu wrote in one post, sharing a cartoon of a lighthouse and beacon (đèn hiệu) adorned with the American flag crushing black men in suits.

That's the grand name I'm giving to the moment when people everywhere in the Western world finally realise that when it comes to running stuff and making important decisions, white guys in suits aren't necessarily the best people to listen to.

D.C. Mayor Muriel Bowser joined the protests Saturday afternoon, wearing a green mask that said “Hope” outlined by the District’s border, and a green shirt declaring “We are D.C.” Many protesters cheered as she walked past, flanked (phòng vệ bên cạnh) by men in suits and masks.

I'm kind of in a in a state of shock and disbelief (hoài nghi). That White House video (Monday) with Trump and 20 other white men in suits walking out and that sort of fake show of power and holding up the Bible when clearly it's a book he's never opened. ... I'm not a Christian myself, but that's definitely not a religious man there.