"You had me at hello" nghĩa là gì? 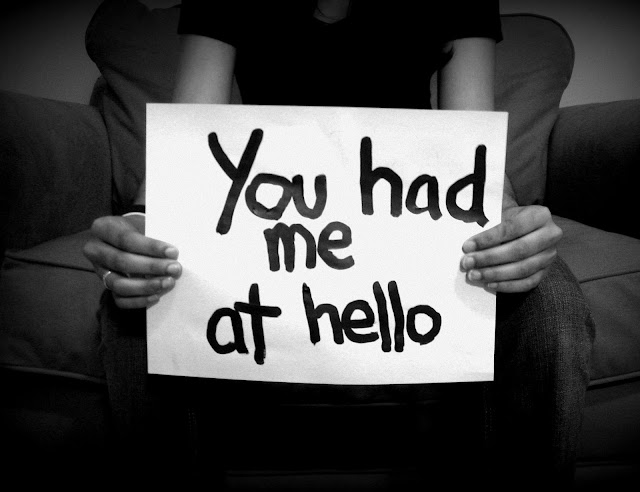 Alo, crush à! Photo courtesy: Kissmyscars
"You had me at hello" = tôi đã yêu em từ câu xin chào -> nghĩa là yêu ai từ cái nhìn đầu tiên, "dính tiếng sét ái tình".
Ví dụ
They added that rather than saying goodbye to "our beloved cinema", they would simply say "you had me at hello".
Every phrase has to start somewhere, and "you had me at hello" started with Jerry Maguire. When it's uttered by Renée Zellweger to Tom Cruise, it's one of those big on-screen moments that lovers of romantic comedy-dramas will still be talking about decades from now — as they have been for the nearly quarter-century (1/4 thế kỷ) since the Cameron Crowe-directed movie first arrived on screens.
There’s so little genuine (chân thật), starry eyed you-had-me-at-hello romance in American movies today that when a new love story pops up, it’s hard not to root for it (cổ vũ). That’s the case with “The Photograph,” about parallel affairs of the heart. One is hindered (cản trở) by ambition and miscommunication while the other suffers from familiar fears of commitment. Movies like this tell us that falling in love is easy — cue (ám chỉ) the thunderbolt looks, passionate kisses and surging orchestration — but if it really were that simple there wouldn’t be much to tell, so also bring on the agonies, tempests (giông tố) and tears.
Ngân Nguyễn
Bài trước: "Tag along with" nghĩa là gì?
Tags: phrase