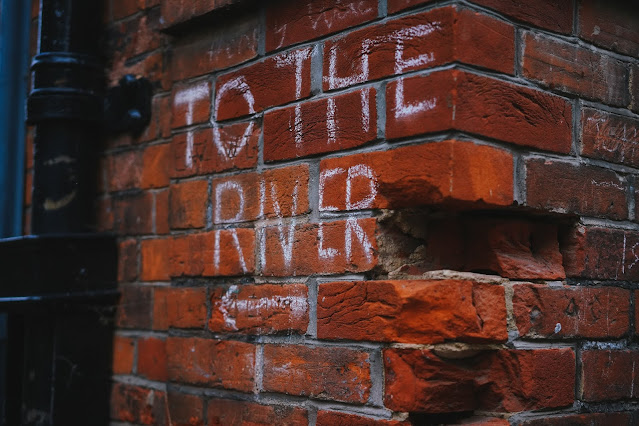 Photo by Phil Hearing
"Brick by brick" = từng viên gạch -> nghĩa là ổn định và liên tục theo từng bước, đặc biệt là việc tạo ra hoặc phá hủy một thứ gì đó. Giống như việc xây dựng/phá bỏ từng viên gạch của một ngôi nhà hoặc công trình.
Ví dụ
There is a trust deficit (thiếu hụt, khoản lỗ) between the government and farmers, who fear the procurement (mua sắm) at MSP will be taken away brick by brick.
Finally, Porter made it to Rome where she was studying law. One day, inside a cathedral (thánh đường, nhà thờ đức bà), she found enlightenment. "I knew exactly where I was. I knew what things were called, kind of brick by brick, and I realized that I learned this by playing a video game called Assassins Creed Brotherhood. I was able to learn my way around ancient Rome and that's when I realized, this is a really powerful covert teaching mechanism and we can really use it to build empathy in one another," recalled Porter.
“We certainly have the same goals as the property owner to protect that wall but also to make it in a way that it will be safe for those traveling, both for the car and someone walking by,” Osbon said. Those driving by the Whiskey Road and Coker Springs Road area can see portions of the wall slowly going up, brick by brick, as the property’s locally iconic inflatable (cao su, khí nén) dragon looks over.
Ka Tina
Bài trước: “Bitten by a barn mouse” nghĩa là gì?
Tags: phrase