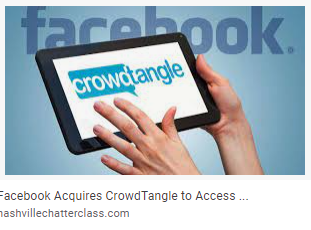 learned that transparency had limits.
Brandon Silverman, CrowdTangle’s co-founder and chief executive, assembled dozens of employees on a video call to tell them that they were being broken up...
The announcement, which left CrowdTangle’s employees in stunned silence (lặng thinh), was the result of a yearlong battle among Facebook executives over data transparency (minh bạch dữ liệu), and how much the social network (mạng xã hội) should reveal about its inner workings.
On one side were executives, including Mr. Silverman and Brian Boland, a Facebook vice president in charge of partnerships strategy (chiến lược đối tác), who argued that Facebook should publicly share as much information as possible about what happens on its platform — good, bad or ugly.
On the other side were executives, including the company’s chief marketing officer and vice president of analytics, Alex Schultz, who worried that Facebook was already giving away too much.
They argued that journalists and researchers were using CrowdTangle, a kind of turbocharged search engine that allows users to analyze Facebook trends (xu hướng) and measure post performance, to dig up information they considered unhelpful — showing, for example, that right-wing commentators like Ben Shapiro and Dan Bongino were getting much more engagement on their Facebook pages than mainstream news outlets.
These executives argued that Facebook should selectively disclose (tiết lộ có chọn lọc) its own data in the form of carefully curated reports, rather than handing outsiders the tools to discover it themselves.
Tags: miscellaneous
Comments