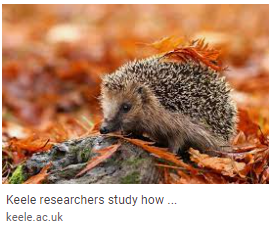 For fifty years, it was a national disgrace (nỗi ô nhục quốc gia).
Motor cars in the UK often left behind road kill (tai nạn đường bộ). Hedgehogs would meander across the road and splat.
Today, you hardly see that anymore. One reason is that there are fewer hedgehogs due to suburbanization. The real reason, though, is that slow hedgehogs became former hedgehogs, which meant that they were unable to produce more slow hedgehog kids. The new hedgehogs are fast.
Draw your own organizational analogy.
[Update: plenty of people have helped me see that there's a lack of data about the hedgehog hypothesis. It might be true, but we can't prove it. So consider it apocryphal...]
Bài trước: 6 độc giả
Tags: work