Đăng bởi lovebird21c - 24 Sep, 2022
một hành khách đánh rắm suốt chuyến bay từ New York tới California... :D
-----
Airline customers are having mixed opinions after a passenger asked the person he was next to, to “ease up on the farts (đánh rắm)” 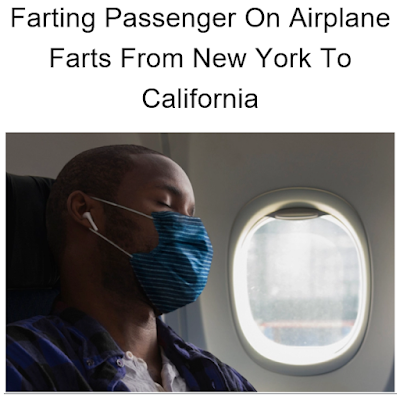 The flight was going from New York to California when the passenger started to smell continuous farts from the person he was sitting next to. He did all he could to block out the odors (mùi). Even put on two covid masks (khẩu trang) on top of one another but that still didn’t prevent the smell from seeping through. Until finally, he asked the passenger to go to stand in the bathroom and “get it all out”.
The passenger denied (từ chối) his request (yêu cầu) and stated that what he was going through is a natural bodily function (chức năng tự nhiên của cơ thể). The passenger then puts his headphones back on and proceeded to fart all the way to California.
The man smelling the farts decides to reach out to social media to see if other people thought he was being inconsiderate (thiếu chu đáo, thiếu quan tâm) to the farting passenger.
Bài trước: Pee-casso
Tags: funny