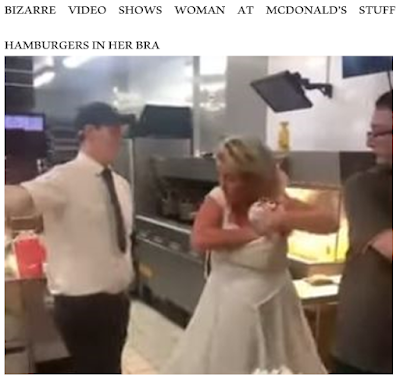 A woman at a McDonald’s in Lewisham, London went viral after grabbing a few hamburgers and stuffing them into her bra during an argument with an employee.
The video starts with the woman already behind the counter arguing (tranh cãi) with an employee who is asking her to leave. The employee is holding a door open and tries to get the upset woman out from behind the counter (quầy).
His attempts were unsuccessful. She can be heard asking for a hamburger and is told by the employee that there aren’t any for her. She briefly questions him about that before turning around and heading toward the already made hamburgers waiting to be served.
The woman grabs a couple of the hamburgers and stuffs them into her bra as the employee tries again to get her to leave.
Bài trước: Tìm người nhà nạn nhân
Tags: sex