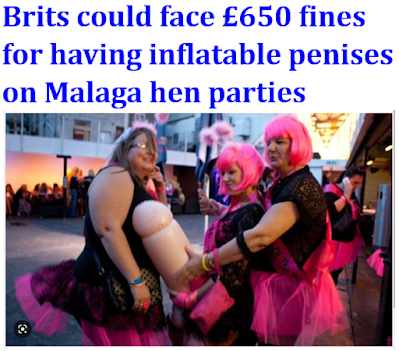 The city has become a Brit favourite with inexpensive flights and a bustling nightlife – but locals have expressed their dismay towards crude inflatables and costumes.
The new draft states it is "forbidden to walk or remain in the streets only in underwear, or with clothes or accessories that represent genitals or with dolls or elements of a sexual nature".
Mayor Francisco de la Torre has backed the concerns of locals, saying police will warn tourists about the new law. If ignored, fines will be issued.
Those who disregard the rule could be faced with a fine of £650 (€750) – the same amount as for bathing in fountains, doing acrobatics on bikes or skateboards in public areas or vandalism.
Bài trước: Trung tâm sung sướng
Tags: sex