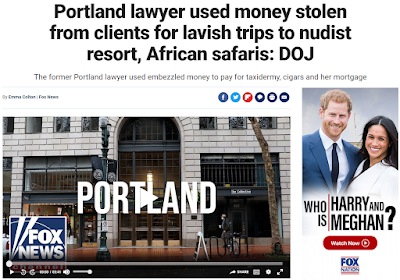 Lori E. Deveny, 57, was sentenced (kết án) this week to more than eight years in prison in an insurance scheme in which she stole more than $3.8 million from at least 135 clients between 2011 and 2019 and then used the money to "bankroll a lavish lifestyle," the U.S. Department of Justice said in a press release (thông cáo báo chí).
"It’s hard to overstate the extraordinary impact Ms. Deveny’s crimes had on the many innocent (vô tội) and vulnerable (dễ bị tổn thương) victims (nạn nhân) who trusted her," Ethan Knight, chief of the Economic Crimes Unit for the U.S. Attorney's Office, said in a statement.
...Deveny would steal clients’ identities and then forge (làm giả) insurance checks and deposit the funds into her personal bank account, court documents show. She would then deceive her clients by telling them the compensation (khoản bồi thường) for their various injuries would eventually show up in their bank accounts, according to court records.
"The cruelest thing of all is knowingly providing false hope," said Special Agent in Charge Bret Kressin, IRS Criminal Investigation, Seattle Field Office. "Having already suffered losses, Ms. Deveny’s clients deserved an attorney who represented their best interests. What they got instead was someone who inflicted more loss."
Bài trước: Lẽ tất nhiên, đáng lẽ còn phải sớm hơn
Tags: sex