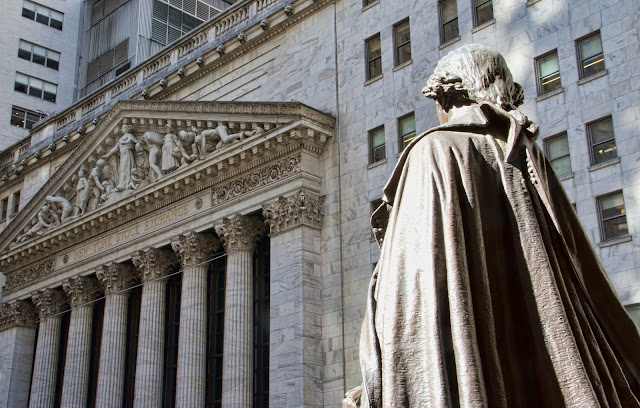 Ví dụ
The term 'watered stock' came from the stock yards where cattle were bulked up through large consumption of water.

Because of their exorbitant (cao quá đáng, cắt cổ) fixed costs (chi phí cố định), railways should have been public utilities (tài sản công ích). But this was impossible in an age of free-booting individualism (chủ nghĩa cá nhân). As a result, assorted hucksters (người hám lợi) and rogues (kẻ xỏ lá, lừa đảo) threw up twice the trackage (toàn bộ đường ray, hệ thống đường ray) actually needed. What appeared to be solid investment one moment was revealed as so much watered stock the next.

To the people of this country I have but one answer on this subject. Judge me by the enemies I have made. Judge me by the selfish purposes of these utility leaders who have talked of radicalism while they were selling watered stock to the people and using our schools to deceive (lừa gạt) the coming generation... I promise you this: Never shall the Federal Government part with its sovereignty (chủ quyền) or with its control over its power resources, while I am President of the United States.