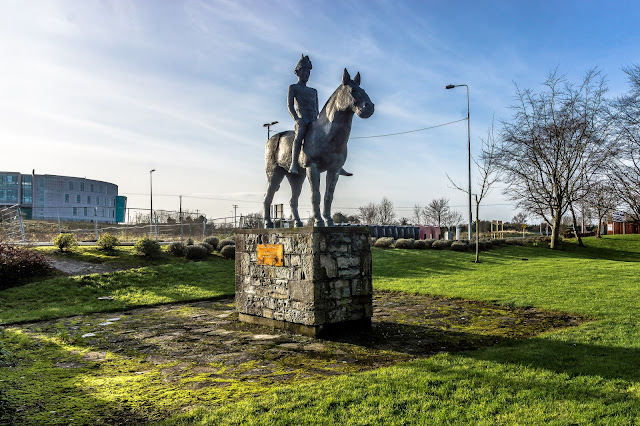 Ví dụ
When Great Lakes formed in 1988, they were the lone steed in a one-horse town. Their only competitors were the mega-breweries that still overwhelmingly dominate the U.S. beer market, even though they're slowly losing share to craft beer.

Kanab in Utah may seem like just another one-horse town, but it boasts an impressive big-screen history. Its surroundings have formed the backdrop to a multitude of westerns. It’s even the inspiration behind the fictional town of Radiator Springs in Pixar’s animated film Cars.

In Korea it was always cold, Vietnam was a humid jungle, either raining or preparing to. A destroyer was as dull as a one-horse town until you heard an airplane’s whir, then it was 20 minutes of anxiety while the observers identified the aircraft, and an indeterminate stretch of terror if it belonged to the enemy.


* Dunshaughlin is named after Saint Seachnaill, a contemporary of Saint Patrick, who established a church there in the 5th century. Seachnaill gave his name to Mael Seachnaill. It was Máel Seachnaill II who became the first king of an all-Ireland state following the Battle of Clontarf in 1014. And it is from the same Máel Seachlainn that the principal family of Brega, Ó Maoilsheachlainn, is descended. Dunshaughlin (or more specifically, the townland of Lagore) is famous for an ancient crannóg or settlement from the 7th century where a number of Irish antiquities were discovered. The oldest families still in the village are the Muintir Uí Fhloinn, who are recorded at the latest in 1550 and the Muintir Uí Mhuirí who are recorded at the same time. Outside the village families such as the Uí Ruanaidh in Trevet continue to exist on the site where they were recorded to be in 1550. The great Norman-Irish families such as the Delahides are no longer to be found in the village, neither are the religious sites which they patronised at the time.
Tags: word