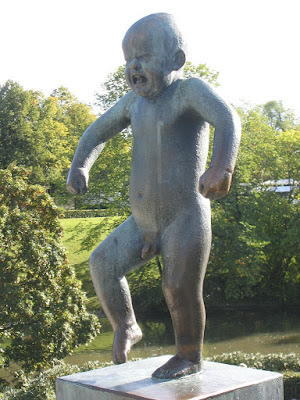 'The terrible twos' có từ terrible là thậm tệ, khó có thể chịu nổi, quá chừng, quá đáng; nghĩa là giai đoạn (mốc) phát triển của trẻ nhỏ, thường khoảng 2 tuổi, ngày càng bướng bỉnh, hay ăn vạ (thường xuyên) (a normal stage in which toddlers begin to struggle between their reliance on adults and their desire for independence. One minute your child might be clinging to you, and the next he or she is running in the opposite direction.); 'tuổi lên 2 rắc rối'.

Ví dụ
For some kids, picky eating is just part of the terrible twos (and threes, and fours…the fun never ends). Other kids just don’t like anything too flavorful, smelly, or weird looking.

Unfortunately, kids are also gifted in being a constant source of worry and frustration. And opportunities to take a break from your tight-knit nuclear (or worse, single-parent) family are scant. Then there’s the pressure to be a better parent, as if merely surviving sleepless nights, the terrible twos, tweens, teens and everything in-between, with everyone physically intact, were not enough.

Thousands of children as young as two are being diagnosed with mental health disorders. One in 18 pre-schoolers are being treated for problems including ‘oppositional defiance disorder’, NHS mental health figures show. While some traditional parents may scoff at such terms for conduct they would simply blame on ‘the terrible-twos’, experts insist the cases are at the extreme end of the behavioural spectrum.