"Get into time with" nghĩa là gì? 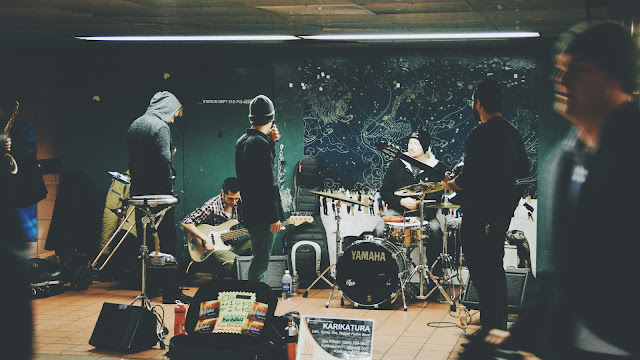 Ví dụ
“KJR or KVI (radio) recorded the whale sounds,” Skugstad said. “That’s Namu on the record. I edited the sounds to get in time with the music. I’ll never forget that because it took me hours to get the right sound to go with the record and to go with the beat.”

"This is practice for me to get in time with my guys and a catch a rhythm out there," said George, who spent the first couple weeks of the season rehabbing (phục hồi) from offseason shoulder surgeries (cuộc phẫu thuật vai). "I've got new shoulders. They haven't felt this healthy in a long time."

Darlington’s biggest issue however was with tempi (tốc). The slow passages dragged and faster ones lacked energy or drive. The faster sections were often dragged by the heavy brass, often limiting the singers. For example, in Elsabetta’s first aria Darlington held out passages as Harteros was already moving ahead. Darlington could not get in time with the singers in the Act two trio (tam ca, tam tấu); he was either behind or ahead of them.