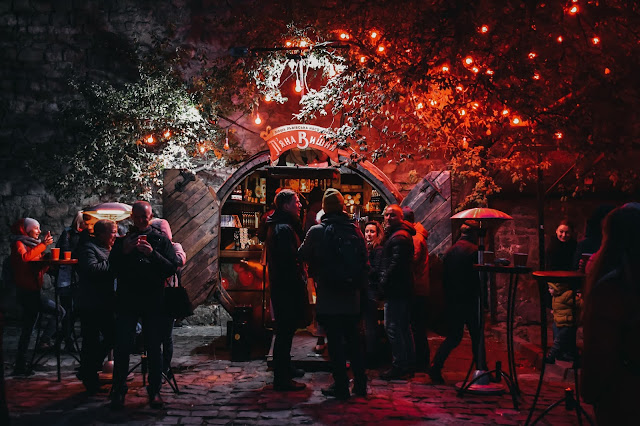 Ví dụ
Life isn't all beer and skittles. We may soon bid adieu (lời chào từ biệt, vĩnh biệt) to a Texas icon as the future of Lone Star Beer doesn't look bright, according to the Austin American-Statesman. Pabst Brewing Company, which owns "The National Beer of Texas," could end up on the losing end of a legal dispute with (bàn cãi với) MillerCoors, leaving us all with a tear in our last Lone Star Beer.

Gauging by their numbers in that one little off season excursion (cuộc du ngoạn, đi chơi) it is not difficult to believe the memes that spiders consume some 500 million tons of insects (côn trùng) every year worldwide, or that wherever you go there is a spider within 6 feet of you. But life isn't all beer and Skittles for them. They are not the apex predator (côn trùng ăn mồi sống đỉnh nhất) in their world, but serve as fodder (cỏ khô) for a host of other creatures (sinh vật).

The problem with all of this, of course, is life isn't all beer and skittles. Everyone has good days and bad days, but our online personas don't often reflect (phản ánh) that reality. While the advertising industry spends billions of dollars convincing us that we don't quite measure up by comparing us to the lives of the rich and famous, social media deploys our own social network in this enterprise (doanh nghiệp). As a result, we compare ourselves not just to celebrities, but ordinary people, those within our immediate social circle - if their life is that amazing, why isn't mine? The result is an endless quest for validation characterised by projecting false versions of the self - my life is as amazing as theirs, just look at my Facebook.