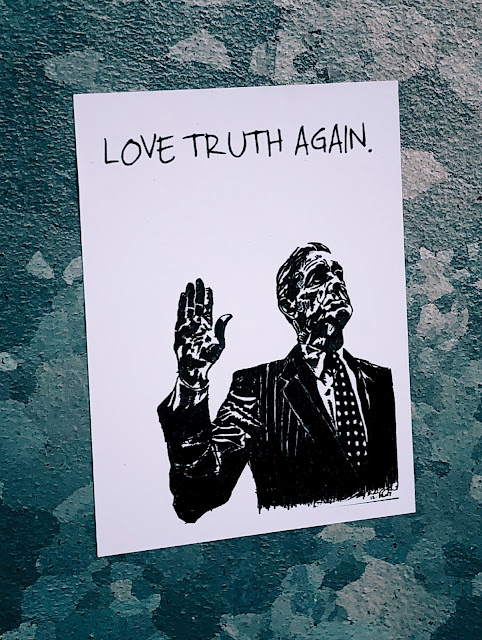 Photo by Jon Tyson on Unsplash
"Bear false witness" = là nhân chứng sai -> nghĩa là nói dối hoặc xuyên tạc sự thật.
Ví dụ
Truth is collapsing (sụp đổ) as I speak by those who have no regard whatsoever for truth. ‘Thou shalt not bear false witness’ applies only to everybody else.” It took World War II to rid the world of fascist (phát xít) leaders Mussolini and Hitler, hopefully the new fascism referred to as populist nationalism won’t require a war to eliminate Trumpism.
As good neighbors, we believe in the Christian tenets (giáo lý) of “Do unto others as you would have them do unto you” and “Thou shalt not bear false witness against thy neighbor.” We are hurt and gravely disappointed that Pastor Greg Allen falsely and shamefully proclaimed to our community that we, as Democrats, are cheats.
The Ten Commandments marked the advent of rule of law in an ancient world ruled by the arbitrary (tùy hứng) whim (ý kiến nảy ra) of strongmen. Ever since Mount Sinai, the Jewish people have been “People of the Book,” custodians (người canh gác) of law and justice. The Torah enjoins all people — weak and strong alike — not to murder, steal or bear false witness.
Jesus' answer to the rich ruler's question gives a glimpse (lướt qua) into his vision of true justice. He told the rich man to follow the Biblical commandments: Do not commit adultery (ngoại tình), do not murder, do not steal, do not bear false witness, honor your father and mother.
Ngọc Lân
Bài trước: "You're a fine one to talk" nghĩa là gì?
Tags: phrase