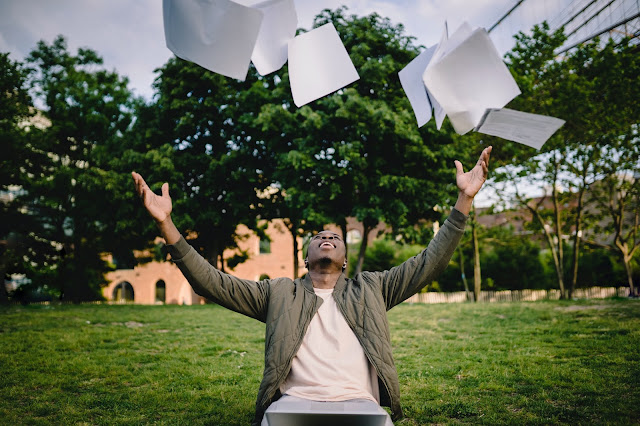 Xong hết rồi!! Photo by Ketut Subiyanto from Pexels
"Well and truly" -> nghĩa là hoàn toàn, đầy đủ.
Ví dụ
Electric cars have been a long time in rising to prominence (nổi bật), but they’ve now well and truly arrived. There are more options to choose from than ever before, which helps to bring prices down, and smarter battery technology means you can travel further on a single charge, too.
There have been a range of scientific studies to back this, one of which showed it well and truly is a productivity (năng suất) killer – reducing productivity by as much as 40 per cent. Because when we jump between too many tasks, we become a jack of all trades but a master of none. We may get the job done, but probably not as well as we would have if we’d been truly immersed in the task at hand.
With that in mind, it is considered imperative (cấp bách) that the Red Devils continue to force their way into contention for major honours and prevent any exit doors from being edged open. “The concern for Manchester United is that Bruno Fernandes has well and truly put himself on the map now,” Cole added.
It looked to be India’s day up until a moment of madness under lights saw Virat Kohli trudge back to the sheds and from there a disciplined Australian attack reaped rewards it had well and truly earnt.
Ngọc Lân
Bài trước: "Warm the bench" nghĩa là gì?
Tags: phrase