"It’s time to put out the fire and call in the dogs" nghĩa là gì? 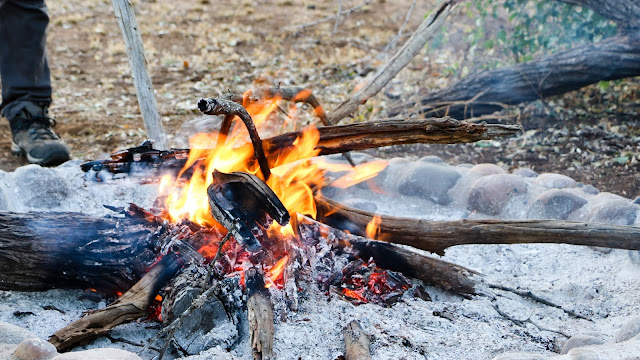 Photo by Nicole Masson
"It’s time to piss on/put out the fire and call in the dogs" = tới lúc dập lửa và hú đàn chó -> nghĩa là phải về, rời đi.
Ví dụ
A member of the team's ownership group summed up the Texans' situation in local vernacular: "It's time to call in the dogs, piss on the fire and go home." At the airport, before leaving Texas for good, a prescient Phelan told reporters, "We're still a football team whether we have a home or not. We hope to knock somebody off before the season is over, but it sure looks like a tough assignment."
Former state Rep. Bill Kugle, D-Galveston, and certifiable character who died in 1992, has this enduring statement of political principle on the back of his headstone: “He never voted for Republicans and had little to do with them.” How about one more nominee for best State Cemetery inscription? This one is on the headstone for legendary Houston surgeon and central-casting Texan James “Red” Duke. Those of you who remember Duke should read this in his distinctive voice: “Piss on the fire, call in the dogs. This hunt is over. Red.
The gate to the camp was tended by a nice old fellow named Keith. Keith was a Vietnam vet, and when I went to work on my blind two weeks before camp opened, we had a talk about all the fun we had in the Army. Just after camp closed, Keith fell in the gatekeeper’s cottage, and the fall did what neither the Vietcong or the North Vietnam People’s Army of Liberation was able to do. It killed him. So, add in the current Plague and we have no business being there. We have decades of memories, and we won’t starve if we don’t get a deer, and that should be enough. As they say in the South, it’s time to piss on the fire and call in the dogs, ‘cause the hunt’s over.
Ka Tina
Bài trước: "It’s time to swap spit and hit the road" nghĩa là gì?
Tags: phrase