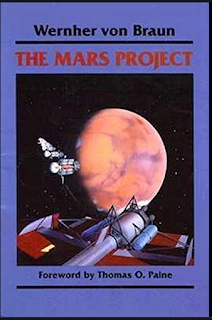 In 2006, the science fiction novel from Dr. von Braun from 1948, which had gone unpublished, was released by a Canadian publisher of space-related historical science fiction as “Project Mars: A Technical Tale.”
Chapter 24 of this science fiction work is titled, “How Mars in Governed.” In one passage of that chapter, the book states: The Martian government (chính quyền) was directed (chỉ đạo) by 10 men, the leader of whom was elected by universal (phổ biến, chung) suffrage (sự bỏ phiếu, quyền đi bầu) for five years and had the title of “Elon.” Two houses of parliament (hai viện quốc hội) enacted the laws to be administered by Elon and his cabinet (nội các). The upper house was called the Council of the Elders and contained 60 people who were named to those positions for life by Elon.
Here is the full story.
Bài trước: Ít nhất thì nó vẫn còn đầu
Tags: funny
Comments