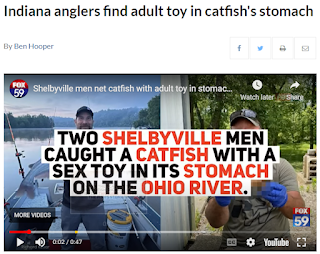 Richard Kesar said he and his friend Jon Hoop went fishing on his boat in the Lawrenceburg area when Hoop reeled in his first-ever blue catfish.
"We noticed when we got it in the boat that its stomach was huge,"
Kesar said he initially thought the fish may have swallowed (nuốt) some eggs or smaller creatures, but he later pushed on the catfish's belly and felt two hard objects that did not feel like normal fish food.
Bài trước: Ác mộng
Tags: sex
Comments