Đăng bởi lovebird21c - 01 Aug, 2022
mạng xã hội đã thoái trào rồi,
giờ là các nhóm chat riêng tư...
-----
Have we seen peak (đỉnh) social media (mạng xã hội)?
If I consider my own social media use, it is WhatsApp (also owned by Meta) that is steadily on the rise, which is consistent (nhất quán với) with the trend (xu hướng) toward private and small-group messaging. 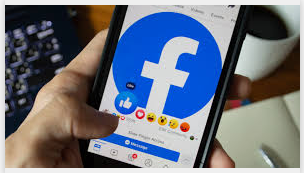 So is writing for a private, selected audience poised to eclipse (che mờ) writing for a broader public on social media? What would more private messaging, more texting and more locked social media accounts mean for public discourse?
Public intellectuals (tri thức của công chúng) might still write on open social media, but the sector as a whole would shift toward more personal and intimate forms of communication. Again, this is not a prediction (dự đoán). But is it such an implausible (không có vẻ hợp lý) vision of the future?
One of the more robust forms of social media is online dating, though these companies do not have the largest valuations. The percentage of couples who have met online continues to rise, and that trend is unlikely to reverse anytime soon. But online dating may not be as “social” as other forms of social media: People view some profiles and then switch fairly rapidly to private communications.
Private communications would seem to solve many of the problems cited by critics of social media. Social media wouldn’t corrupt so much public discourse because there would less public discourse to corrupt. And criticizing the new manifestations of these (formerly?) social media platforms would be akin to criticizing communication itself.
I do consider video, YouTube, and TikTok, all likely to prove robust in my view, in the broader piece.
Bài trước: Cười như lên đồng... hồ
Tags: idea