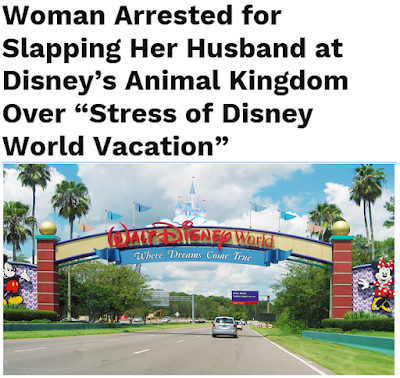 Asia Curry, 31, of Westchester, Ill., was charged (bị buộc tội) with domestic violence (bạo hành gia đình),
The couple has been married six years and have two children together.
“Both stated there has never been previous incidents (trước đây ko có vụ việc nào) of domestic violence,” the sheriff’s arrest report said.
Just after 5 p.m. on June 3, the couple got into a fight in the parking lot in front of an Orange County Sheriff’s deputy. The family had spent the day at the theme park (công viên chủ đề), and the husband told authorities (nhà chức trách), “They began to argue verbally (cãi nhau) about marital issues (vấn đề hôn nhân) related to the stress of their vacation to Disney World.”
Curry put the children in the car and then “proceeded to curse and scream (gào thét) at him. (Her husband) walked away from Asia in an attempt to end the argument. Asia continued to follow him, spitting (nhổ nước bọt) at him as he walked away in the direction of my patrol car,” ...
Bài trước: Sao không tự nấu đi?
Tags: marriage