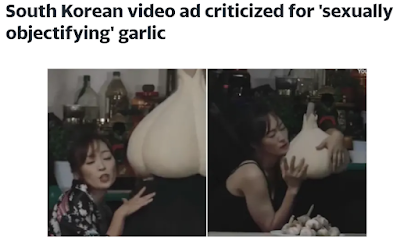 The 30-second video, released by Hongseong-gu’s official YouTube channel, depicts a woman touching the thigh of a man named “Hongsan,” who is wearing a large garlic head mask. The woman describes the garlic’s quality as “very thick” and “hard.”
The advertisement was produced in 2020 as a parody of a famous scene from the 2004 South Korean film “Once Upon a Time in High School.” It had reportedly garnered around 190,000 views on YouTube.
Hongseong-gun, a rural town of approximately 100,000 residents, is well known for their “Hongsan” garlic.
Bài trước: Vũ khí bí mật
Tags: sex