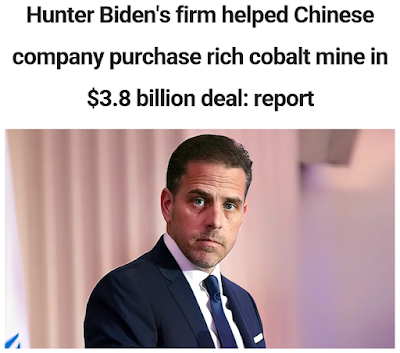 Biden established the firm Bohai Harvest RST (BHR) Equity Investment Fund Management Company with two other Americans and some Chinese partners in 2013. The American members controlled 30 percent of the Shanghai-based operation and served on the board (hội đồng quản trị).
The company notably completed a deal in 2016 that saw a Congo cobalt and copper mine transfer from American company Freeport-McMoRan to Chinese outfit China Molybdenum for the sum of $2.65 billion.
BHR served as a minority stakeholder (cổ đông thiểu số) to buy out around $1.14 billion of shares from Lundin Mining of Canada, who owned a portion of the Congo mine.
China Molybdenum then bought BHR’s shares of the mine two years later, according to Hong Kong filings. The deal resulted in China Molybdenum owning 80% of the mine, with the remaining portion owned by Congo’s state mining enterprise.
The Times reported that Biden controlled 10 percent of BHR through Skaneateles LLC, a company based in Washington.
Bài trước: Lại đi trước VN rồi
Tags: china