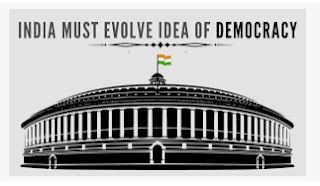 But I write this today to tell you: things in India are more dire than you realise. India is a country that is majority Hindu, but it is not officially a Hindu state. The people who are in power in India today want to change this. They want India to be a Hindu ethnocratic state, where all other religions live by Hindu sufferance.
This has practical consequences: people of other religions are actively harassed (quấy rối), even lynched (hành hình) on the streets; their freedom to practice their religion in their own way is circumscribed (giới hạn, hạn chế). And when they protest (biểu tình), they are jailed (bị bắt giữ) and their houses bulldozed (nhà cửa bị san phẳng). Most worrying, much of the judiciary seems to be sympathetic to the Hindu nationalist agenda, and issues its verdicts (bản phán quyết) accordingly.
There is also sustained and systematic harassment of writers, journalists, artists, activists, religious figures – anyone who questions the official narrative. We who have attached our names here are taking great personal risk in writing this: our citizenship of India could be revoked, we could be banned from the country, our property in India seized, our relatives harassed.
There are many others who think like we do but have told us they cannot speak out, for fear of the consequences (sợ hậu quả). I never thought I’d use the word “dissident” (bất đồng chính kiến) in describing myself and my friends who have compiled this document. I thought that word only applied to the Soviet Union, North Korea, China.
It is crucial that India remains a democracy for all its citizens. India is not Pakistan, Iran, Afghanistan. Not yet. A lot of India’s standing in the world – the reason we are included in the respectable nations, the reason our people and our tech companies are welcome all over the world – is that we are seen, unlike, say, China, as being a multi-ethnic democracy that protects its minorities.
With over 200 million Indian Muslims, India is the third largest Muslim country in the world. There are 30 million Indian Christians. There are Sikhs, Buddhists, Jains, Zoroastrians, Atheists. They are as Indian as I am – a Hindu who’s proud of being a Hindu, but not a Hindu as Prime Minister Narendra Modi and the Bharatiya Janata Party seek to define me.
…The alienation (làm cho xa lánh, ghét bỏ) of Indian Muslims would be catastrophic (thảm họa), for India and the world. They are being told: you are invaders (kẻ xâm lược), this is not your country, go back to where you came from. But Indian Muslims did not come from elsewhere; they were in the country all along, and chose which God to worship. After the Partition of India and Pakistan in 1947, they voted with their feet; they chose to stay, and build a nation (kiến tạo quốc gia).
…The country also has an enormous, restive, and largely unemployed youth population – half of its population is under 25. But only 36% of the working-age population has a job. To meet these challenges, it is crucial that the country stay united, and not fracture along religious lines, spend its energies building a brighter future instead of darkly contemplating past invasions.
In this time when country after country is turning its back on democracy, India has to be an example to countries around the world, this beautiful dream of nationhood expressed in the Hindu scriptures as “Vasudhaiva Kutumbakam” – the whole earth is a family. We should all be rooting for this incredible experiment in multiplicity to work. As goes India, so goes democracy.
Bài trước: Cuộc báo thù của 2 ông anh
Tags: india