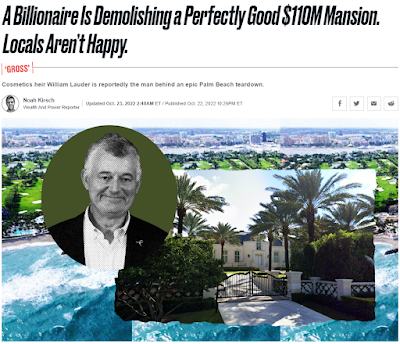 The decision has agitated some locals. “I just have a really weird feeling (cảm giác kỳ lạ) in my stomach about it. I think it’s about the complete waste,” one prominent resident told The Daily Beast, speaking on the condition of anonymity so as not to rankle an ultra-rich neighbor. “I mean normal people don’t do that. It’s kind of gross.”
Another resident, third-generation Palm Beacher K.T. Catlin, described herself as “pro-development and redevelopment.” But even in her mind, she said, the trend of “constantly tearing down to just build bigger, I question that.”
Known to some locals as “The Castle,” the estate was completed in 2016, and it riled (chọc tức, quấy rầy; làm nổi giận) up members of the community (cộng đồng) from the outset. Of particular concern, the Palm Beach Daily News previously noted, was the immense size and the way it ate up a huge percentage of its 2-acre lot.
Bài trước: Có giỏi thì gặp vợ tôi
Tags: funny