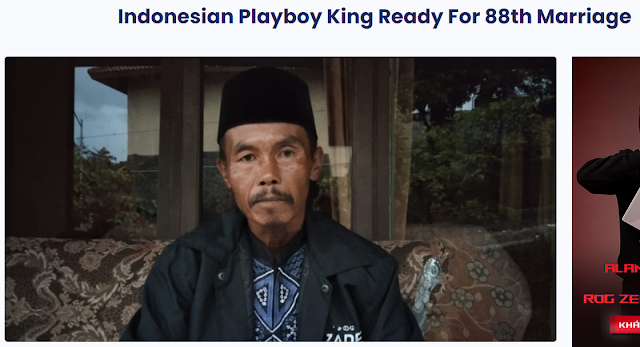 The rice farmer (nông dân trồng lúa) has been married 87 times to 46 different women and he has no plans to stop the count. His current bride-to-be is not a new woman in his life since he was already married to her the past for four months. The couple decided to give it another go to patch things up for a lifetime of happiness.
Long-term commitment (cam kết dài hạn) is a hopeful goal but his romantic history (lịch sử lãng mạn) doesn’t set up a promising future. His longest marriage lasted approximately 14 years.
Kaan first got married at the age of fourteen to a teen two years older than him. The young love story lasted two years but he never gave up his hope of finding the one.
For those wondering why dating isn’t an option for the playboy, the idea of casually dating women goes against his morals and values. He cherishes (tôn thờ) the women and respects (tôn trọng) them enough to see them as more than passing flings. He’d rather keep rotating (xoay vòng) wives than a casual dating pool.
Bài trước: Sẽ không bao giờ lặp lại sai lầm này nữa
Tags: marriage