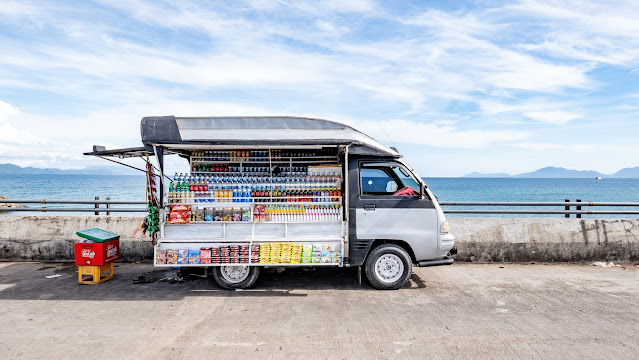 Photo by Sangga Rima Roman Selia on Unsplash
"Rip-off merchant" có rip-off là gian lận, merchant là nhà buôn -> từ này nghĩa là kẻ lừa đảo.
Ví dụ
Despite this, a buy-now-or-regret-later mentality (tâm lý) prevails (thắng thế) and the rip-off merchant is safe in the knowledge that the foreigner has no knowledge of local prices, consumer rights law and even less inclination (nghiêng về) to follow up with questions or refund demands if the ceramic is chipped or the T-shirt frays.
A "rip-off merchant" customers blame for costing them hundreds of thousands of dollars in property investments has prompted experts to warn against "one stop property shops".
What I thought at the time was, ‘I’ve had enough of this, I’m going to leave the industry (ngành công nghiệp).’ I’m not a rip-off merchant, so to get dumped like that out of nowhere was just so weird and upsetting.
It’s a tricky one. The police could rightly argue that businesses which stay on the right side of the law won’t get pinged. And few people would have sympathy with a loan shark, dodgy pyramid scheme (kế hoạch) designer or other rip-off merchant whose assets (tài sản) are on the line as a result of their misdeeds.
Ngọc Lân
Bài trước: "Junkyard dog" nghĩa là gì?
Tags: ngoclan
Tags: word